Common descent is a core aspect of evolution, however just one “Orphan Gene” puts this idea on its head.

According to evolution, in the distant past there were only unicellular organisms and due to selective natural pressures various species are said to have emerged.  The inference of common descent has been made due to the striking visual and genetic similarities we see throughout all life on planet Earth.  Yet, there is a good question to be asked.  If the reason why all life has genetic echoings is due to the passing of DNA to successive mutated forms, then how does evolution explain even one orphan gene?  In short, why do geneticists find unique genes in every species that are not represented in the DNA of “lower” closely related forms and where do said genes come from?

“For many years, it had been considered extremely unlikely, if not impossible, that genes with no detectable homology could emerge. With the availability of the full genomic sequence of yeast, however, this picture changed. About one third of the entire set of genes in baker’s yeast has no sequence similarity to genes from other organisms. Because nothing was known about their ancestors, these new genes were termed orphans.”
http://www.ncbi.nlm.nih.gov/pmc/articles/PMC4383367/

The discovering of homologous sequences within the DNA of various genetically isolated organisms gives much support to the inference of common descent.  Yet, there are two contradictory aspects of genetic research of which evolutionary biologists have swept under the rug, so to speak.

1 – If common descent is supported by homologous gene sequences represented across various forms of life, can a species specific orphan gene also be used to support the inference of common descent?

Is it scientifically possible or even logically honest to claim similarities to support a proposed idea, but claim dissimilarities to also support said idea?  An orphan gene has no representation across various species, yet are represented in every species.
https://www.sciencedaily.com/releases/2008/11/081117203837.htm

2 – If common descent is supported by homologous gene sequences represented across various forms of life, why then do said homologous sequences produce various attribute depending on the species?If two separate species have the same genetic code in their DNA, why does same code produce differing body parts?

“The conservation of similar developmental genetic toolkits despite a diversity of life forms, and the inverse paradox—the development of similar morphologies despite the phylogenetically variable presence of the genetic tools that are thought to be responsible for those forms.”
http://www.ncbi.nlm.nih.gov/pubmed/18007650

Science is the only reason to subscribe to evolution.  So if evolution eludes what is identified as being scientific, then what is it?  To help you in this process, I have written a book entitled What Is Evolution?  My work has been focused on compiling empirical data that reveals many questions in the light of science.  I hope you join me in this journey.  If you would like a free preview of my book, sign up and I’ll email you a sample chapter! 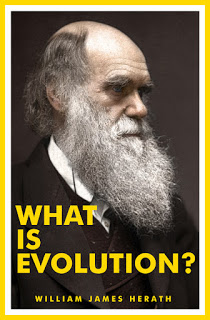