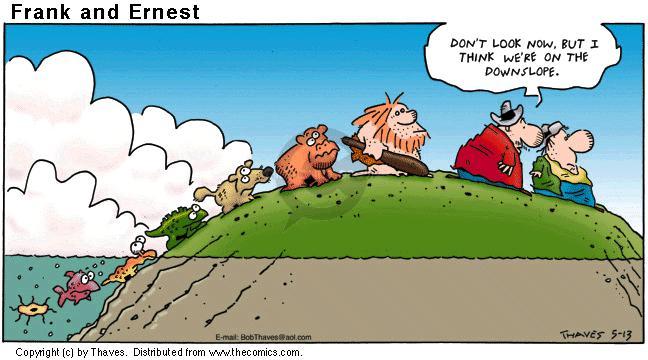 This is my second post in regard to a video I wrote about earlier this week.  I titled my previous post, Are Humans Still Evolving? – part one, and I commented on the idea of genetic island formation.  Feel free to give it a read and then come back to this post when you are done.
The “Brain Stuff” host from the video Are Humans Still Evolving?, mentioned that “human populations have evolved so their lactase production persists, allowing the digestion of milk.”  Of course, the title of my blog and book is What Is Evolution?, so I must pause before we dive into the idea of lactase persistence being an evolutionary mutation and ask first, what is evolution?

If humans drink milk, does that mean we evolved?  Most infants drink milk and have no issues of intolerance to lactose, and many adults drink milk also not having issues.  So, if an infant grows up in a dairy rich society and as an adult consumes dairy (never experiencing digestive complications) did evolution take place?  On the other side of the world an infant is born into a dairy-free society and is no longer afforded milk once weening occurs.  If this infant consumes dairy as an adult and experiences digestive complications, does that mean no evolution has occurred?  Which scenario displays change over time?  Which scenario better explains evolutionary theory?

When someone claims the human ability to consume dairy as adults is due to evolution, the question of “what is evolution?” immediately comes to mind.  Is it scientifically logical to say that a lack of change in human diet is evolutionary change?  Or does it make more sense to say that change in the human diet is due to evolution?  In my book What Is Evolution?, I write about change and how we must be honest with that fact that when the word evolution is used, we really don’t have a consistent use or understanding of it.  Also, in a previous post I asked the question, Why Leave It Undefined?… feel free to read it if you have the time.

So, what about our ability to process lactose?  Genetic variation is the cause of many different traits across the human species.  Being able to process lactose is a genetic trait.  Much like a band playing a song and their audio engineer mixing the levels of each instrument and microphone, our DNA can turn on and turn off varying traits.  For example, we humans are able to consume dairy as infants due to a DNA switch that is activated.  If dairy is no longer a main staple of one’s diet, the switch usually is deactivated in order to save energy by no longer producing lactase.  The information contained in our DNA which gives us the ability to digest dairy does not disappear, the switch just gets turned off and its information is no longer being accessed, causing lactose intolerance.

When it comes to a sound board, is the audio engineer able to add more sliders and inputs on the fly, or must he work with the inputs he has available?  Although adding cello to a musical composition would be an excellent choice, he cannot for two reasons.  First, there is not a cellist within the group of musicians.  Second, the soundboard has no available inputs to add the signal that would be coming from the proposed cello.  Such is the case when observing human DNA.  We have switches that contain information on how to produce lactase the enzyme needed to digest lactose.  If the switches in our DNA that control lactase production are turned on or off, one would be able to consume or not consume dairy.  This is what causes tolerance and intolerance of lactose.
Trait variation does indeed vary, but according to genetic research and empirical data, are geneticists observing new sequences evolve?  Is it an honest statement to say that “human populations have evolved so their lactase production persists, allowing the digestion of milk?“
The “soundboard” of human DNA is constantly being re-mixed and new levels of certain traits are going up and down, but are geneticists observing the number of switches increase?  Is genetic information being added, or just remixed due to random sampling?  There are so many questions when it comes to evolution and how traits have emerged, but “what is evolution?” must be the first question we ask.
Join me on this adventure of making science stronger by asking questions.  My book What Is Evolution? will guide you into more and more conversations like the one we just had.  Enjoy!