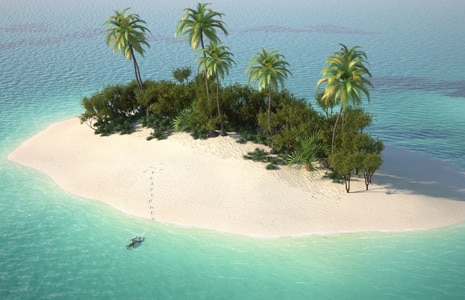 I recently watched a YouTube video created by Brain Stuff – How Stuff Works, entitled Are Humans Still Evolving?  The host of the video covered many impressive facts about evolution.  So many facts, that I am going to take some time to ask questions for each one of them.  This post is the first of a few more to come in regard to this video.
Of course, the question of humans still evolving demands two major assumptions.  First, the assumption is that we humans evolved into our current form from an organism lower on Darwin’s Tree of Life.  Second, this question of humans still evolving assumes that we have an understanding of what evolution actually is.
In my book, What Is Evolution?, I outline in great detail the fact that we do not have a scientifically agreed upon definition of evolution.  Our legal system has seen case after case, but has failed to define it.  Plus, our public educational system requires the teaching of biological evolution, yet also leaves the term undefined.  So, of the two assumptions in the question, Are Humans Still Evolving?, at least one of them is already false.  With that said, let’s jump into the first major claim of this video.
“Most experts agree that to give rise to a new species (like mutants) we’d need some kind of geographic isolation from other humans. Otherwise, cross-breeding makes it less likely that mutations will be established in our gene pool. And with a densely-packed planet full of planes and cars it’s highly unlikely we’re going to find that kind of seclusion.” The host of this video mentioned geographic isolation which is an evolutionary first step to what is called “genetic island formation,” otherwise known as speciation.  When a group of organisms are on a genetic island, it means that said organisms are unable to transfer genes with organisms outside of the group.  No one is certain how genetic island formation takes place, but most believe “allopatric speciation” to be the best explanation.  “Allopatric” is a Greek word comprised of “allo” which means “other” and “patric” means “fatherland.”  In essence, a group of organisms might find themselves split in two by a geographic separation.  For example, one way allopatric speciation may occur is for a group of land dwelling organisms to be separated in a storm.  Perhaps some of the group members drift to a neighboring island on a tree trunk and then begin to colonize.  The population of interbreeding organisms is separated geographically and therefore becomes unable to interbreed with the whole population due to separate localities.  Time goes by, mutations and genetic drift add up which cause the two groups to adapt and change at different rates due to differing selective pressures.  In the future, ocean levels may drop creating a land bridge or perhaps tectonic forces bring these two populations together again; the possibilities are endless.

The idea is that once the previously separated group of a single species are reunited via geographic barriers no longer being a factor, the two are supposedly unable to interbreed due to the accumulation of genetic mutations.  The two groups, in theory, have become two unique species.  So, what does empirical data confirm about this idea?
Allopatric speciation (the emergence of diverse species via geographic separation) is the best explanation evolution has for life’s biodiversity.  Yet, biologists today are collecting data that suggests the opposite.  According to research performed by San Diego State University, biologists have noticed that geographic separation and habitat “fragmentation can lower migration rates and genetic connectivity among remaining populations of native species, reducing genetic variability and increasing extinction risk.”  The California State Parks system released similar information that said, “From a land-borne species perspective, these wildland remnants end up trapping some species with little or no available resources for survival, which can lead to extirpation (extinction).”

In evolutionary circles, the term “bottleneck” is used to describe the process of a population moving through a reduction of members.  This reduction could come through geographic separation, natural disaster, disease, over hunting/fishing, or any cause that would “thin out the herd” so to speak.  A reduced population is a reduced gene pool which is a very important part of the evolutionary founder effect of a new colony.  Species that have become geographically isolated in a reduced gene pool are inferred to have eventually become genetically isolated, emerging as a new species.  According to Neo-Darwinian hypotheses, genetic bottlenecks are the catalyst for speciation, but what does the data say?
The University of California at Berkeley communicates that “small populations face two dangers – inbreeding depression and low genetic variation…  [for example] a population of 40 adders (Vipera berus) experienced [an] inbreeding depression when farming activities in Sweden isolated them from other adder populations.  Higher proportions of stillborn and deformed offspring were born in the isolated population than in the larger populations…  For Swedish adders, the solution to the inbreeding depression problem was simple – introduce adders from other populations.”
Empirical data shows inbreeding to be far from beneficial and in most cases will cause a smaller, separated population to go extinct.  Also, there is no data to suggest that populations would become genetically isolated from the original group if divided.  For in the Swedish countryside, the introduction of adders from another population showed to be reproductively beneficial, highlighting the lack of speciation among the bottlenecked population.
If observation tells us that geographic separation of species leads to an inbreeding depression and inbreeding leads to many negative effects and extinction, why would the idea of “genetic island formation” seem plausible?  Could inbreeding have produced a positive result in the distant past?  When a bottleneck or reduction in a population is observed today, empirical data shows it to be very detrimental for the affected population.  Is it logical or even scientific to claim allopatric speciation to be the cause of genetic island formation if supportive observation and empirical data cannot be collect?  Scientifically speaking, does the data surrounding geographic isolation support the idea of the emergence of a new species of humans?

Questions are good.  Questions make science stronger.  The video in question is a well made video, I am just asking if the content can be supported by empirical data.
My book What Is Evolution?, is full of questions that ask for nothing other than scientific answers.  I hope that you will join me on this adventure!