Is evolution scientifically valid?  The U.S. Court System has failed to define it.  Even though there has been seemingly endless litigation over this topic, major court cases have used the word evolution in the absence of a consistent and scientifically agreed upon definition.

Left Undefined by OUR Educational System

“The NGSS are a set of science education standards, and do not prescribe a curriculum nor any vocabulary list with definitions. Definitions of evolution would come in curricula, which are chosen by individual states, districts, or teachers.”
– Next Generation Science Standards

“The CDE has not published an approved definition of biological evolution.”
– California Department of Education

“LACOE does not provide this kind of assistance and we typically do not provide language for these kinds of curricular questions.”
– Los Angeles County Office of Education

“Not sure if the District has an official definition.”
– Los Angeles Unified School District

Public educators teach evolution based on the direction their thumbs are pointed. This reality has placed the future of science at risk. How logical is it for our nation’s educational framework to require the teaching of biological evolution, yet fail to define evolution?  Without a definition, we must ask: Is evolution scientifically valid?

If one of the most prominent evolutionary biologists and geneticists to have ever lived, Theodosius Dobzhansky, said that “nothing in biology makes sense except in the light of evolution,” then let’s define evolution.

I have written a book entitled, What Is Evolution?, and I will take you on a journey of discovering what evolution is.  If you would like a free preview of my book, sign up and I’ll email you a sample.

Most people have an idea of what they believe science to be, unfortunately, most people’s understanding is far from accurate.  The Proceedings of the National Academy of Sciences gives a very good, cut and dried idea of what science is when stating…

“knowledge about or study of the natural world based on facts learned through experiments and observation.”
– Webster

The National Science Teacher’s Association states that science should be the sole idea communicated in science class and then offers this description as part of what science is:

“Although no single universal step-by-step scientific method captures the complexity of doing science, a number of shared values and perspectives characterize a scientific approach to understanding nature. Among these are a demand for naturalistic explanations supported by empirical evidence that are, at least in principle, testable against the natural world.”

The National Center for Science Education does not offer a definition or outline of science even though science education is their focus and said term is included in their name.

The federally funded Next Generation Science Standards has complied a list of basic understanding about the Nature of Science which has been named the NOS Matrix. These are the eight basic understandings of the nature of science:

In the court records of the famous case, Kitzmiller v. Dover Area School District, (Trial Transcript: Day 21 am. Session, Part 1 & 2. 4 Nov. 2005.) Professor of Ecology, Evolutionary Biology and Behavior at Michigan State University, Robert T. Pennock clearly described that as a science-focused community we must “seek explanations in the world around us based upon what we can observe, test,

replicate, and verify.” In the same case, Molecular biologist and Professor of Biology at Brown University, Kenneth Miller was being cross-examined when he was asked to read Page 27 of Exhibit 649 and his reply was:

“Be glad to. This is the opening of the third section of this book [Teaching About Evolution and the Nature of Science by National Academy of Sciences], and it opens basically by defining science. And it says, and I quote, Science is a particular way of knowing about the world. In science, explanations are restricted to those that can be inferred from confirmable data, the results obtained through observations and experiments that can be substantiated by other scientists. Anything that can be observed or measured is amenable to scientific investigation. Explanations that cannot be based on empirical evidence are not a part of science.”

There is no concise and agreed upon definition of science that clearly describes the process, however, from the above references two aspects of science have been made clear.  First, science deals with the tangible world of naturally occurring phenomena.  Second, scientific explanations of said phenomena are based upon empirical data, which is only what we can observe, test, replicate, and verify.  Is evolution scientifically valid? 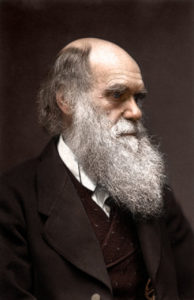 Charles Robert Darwin, the author of the Origin of Species, is an icon of historical importance.  His main contribution to the world was his idea of an unintentional, breeder-less version of artificial selection which he called natural selection.  Darwin communicated to the evolutionary community that he believed species, aka biodiversity, to be mutable and therefore emerged into existence via adaptations brought on by natural forces.  In the last pages of his great work, he described how the process of evolution takes place due to natural laws.
“It is interesting to contemplate an entangled bank, clothed with many plants of many kinds, with birds singing on the bushes, with various insects flitting about, and with worms crawling through the damp earth, and to reflect that these elaborately constructed forms, so different from each other, and dependent on each other in so complex a manner, have all been produced by laws acting around us.”
http://darwin-online.org.uk/content/frameset?pageseq=507&itemID=F373&viewtype=side 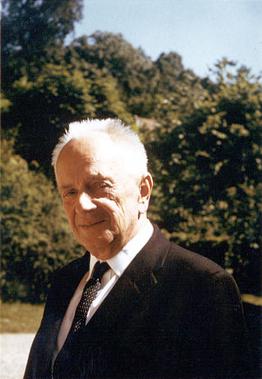 Theodosius Dobzhansky is one of the most prominent evolutionary biologists and geneticists to have ever lived.  His words have been quoted countless times and his words most quoted are, “Nothing in biology makes sense except in the light of evolution.”  Dobzhansky is a notable author and has been published and cited in seemingly endless scientific journals.  If anyone is in “a field which they themselves know well” (Augustine), Theodosius Dobzhansky is such a person.  When it comes to evolution via natural selection, he wrote about the likelihood of supernatural involvement.  “What a senseless operation it would have been, on God’s part, to fabricate a multitude of species ex nihilo (Latin for: out of nothing) and then let most of them die out!  There is, of course, nothing conscious or intentional in the action of natural selection.” 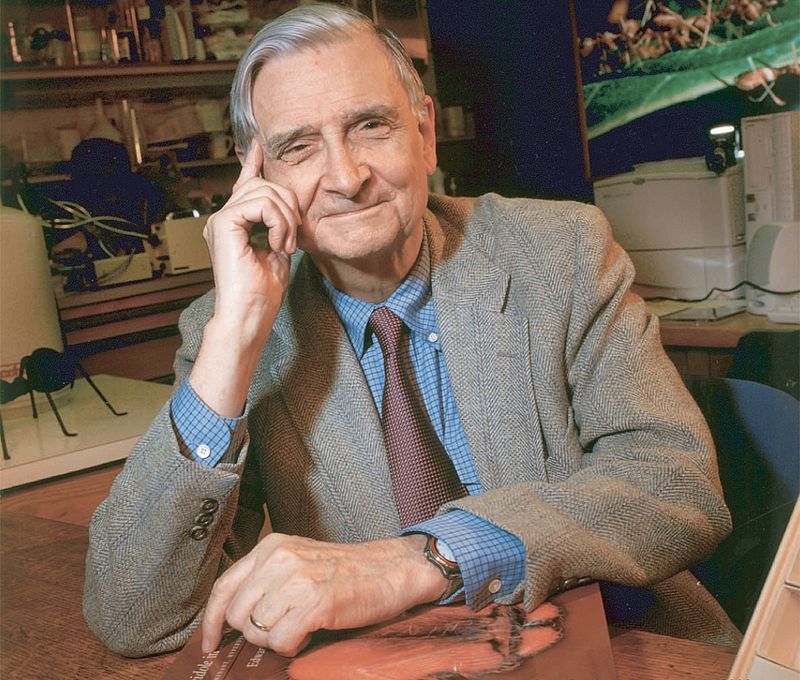 Edward O. Wilson has authored over twenty books, received two Pulitzer Prizes, was given the National Medal of Science, and held a professorship in the Department of Organismic and Evolutionary Biology at Harvard University from 1956 to 1996.  Again, if anyone is in “a field which they themselves know well” (Augustine), Professor Wilson is such a person.  In his book, From So Simple a Beginning, Wilson writes: “Evolution in a pure Darwinian world has no goal or purpose: the exclusive driving force is random mutations sorted out by natural selection from one generation to the next.”

Francisco J. Ayala is an accomplished professor and evolutionary biologist at the University of California, Irvine.  Under the eye of the famed evolutionary biologist Theodosius Dobzhansky, Ayala received his doctorate in 1964.  He also has served the Board of the American Association for the Advancement of Science as President and Chairman.  Being the author of over nine hundred publications and thirty books, Francisco J. Ayala is most definitely a person in “a field which they themselves know well” (Augustine).  In the highly respected Proceedings of the National Academies of Sciences, Ayala describes evolution.
“It was Darwin’s greatest accomplishment to show that the complex organization and functionality of living beings can be explained as the result of a natural process–natural selection–without any need to resort to a Creator or other external agent. … The scientific account of these events does not necessitate recourse to a preordained plan, whether imprinted from the beginning or through successive interventions by an omniscient and almighty Designer. Biological evolution differs from a painting or an artifact in that it is not the outcome of preconceived design.  The design of organisms is not intelligent but imperfect and, at times, outright dysfunctional.”
http://www.ncbi.nlm.nih.gov/pmc/articles/PMC1876431 Also being in “a field which they themselves know well” (Augustine), Professor of Ecology and Evolution at the University of Chicago, Jerry A. Coyne is such a person.  Coyne is also the author of Why Evolution is True and has communicated that:
“If you accept even a little bit of divine tinkering in the evolutionary process, you’re not standing on some inclusive middle ground—you are, as P.Z. Myers said, halfway to crazy town.  There can be no compromise with superstition, for superstition is the camel’s nose in the tent of science.”
https://whyevolutionistrue.wordpress.com/2012/05/20/does-theistic-evolution-differ-from-intelligent-design-2
Richard Dawkins is an evolutionary biologist that held a position at 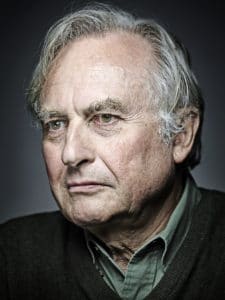 the University of Oxford as Professor for Public Understanding of Science, he is the founder of the Richard Dawkins Foundation for Reason & Science, and a renowned author of many books.  Again, if anyone is in “a field which they themselves know well” (Augustine), Richard Dawkins is such a person.  Dawkins has stated that, “a true understanding of Darwinism is deeply corrosive to religious faith,” and that there is “no scientific reason to believe any sort of supernatural creator.  That came with the understanding of Darwinian evolution.”
http://www.cnn.com/2009/OPINION/11/23/dawkins.darwin.atheism
http://bigthink.com/videos/big-think-interview-with-richard-dawkins

Biologists describe evolution as a 100% natural process.  Some people of faith say that a supernatural being initiated evolution or used it as a tool.  Yet a deity commencing a 100% natural process and stepping away, or acting as the “man behind the curtain” of evolution, sustaining all the intricacies that “science” cannot explain… makes evolution supernatural. Which is a false representation of evolution and is why the evolutionary community completely discounts the idea of theistic evolution.

The conflict is with faith and evolution, for there is NO supernatural element to evolution in anyway… not when it comes to the initiation, nor when it comes to the ongoing “emergence of species.”  Experts in the field of evolutionary biology are very clear about the fact that Darwinian evolution by means of natural selection is just that, natural.

The reality of conflict between evolution and faith, does not mean there is conflict between science and faith.  Most people use science in every aspect of daily life.  Science is good for all people regardless of faith.  The real question at hand has to do with the erroneous use of the word science in place of evolution.  Proponents of evolution tend to call their opposition “science deniers,” yet in reality, those who oppose Darwinian thought are just evolution deniers.  Is evolution scientifically valid?… read: Science or Pseudoscience?